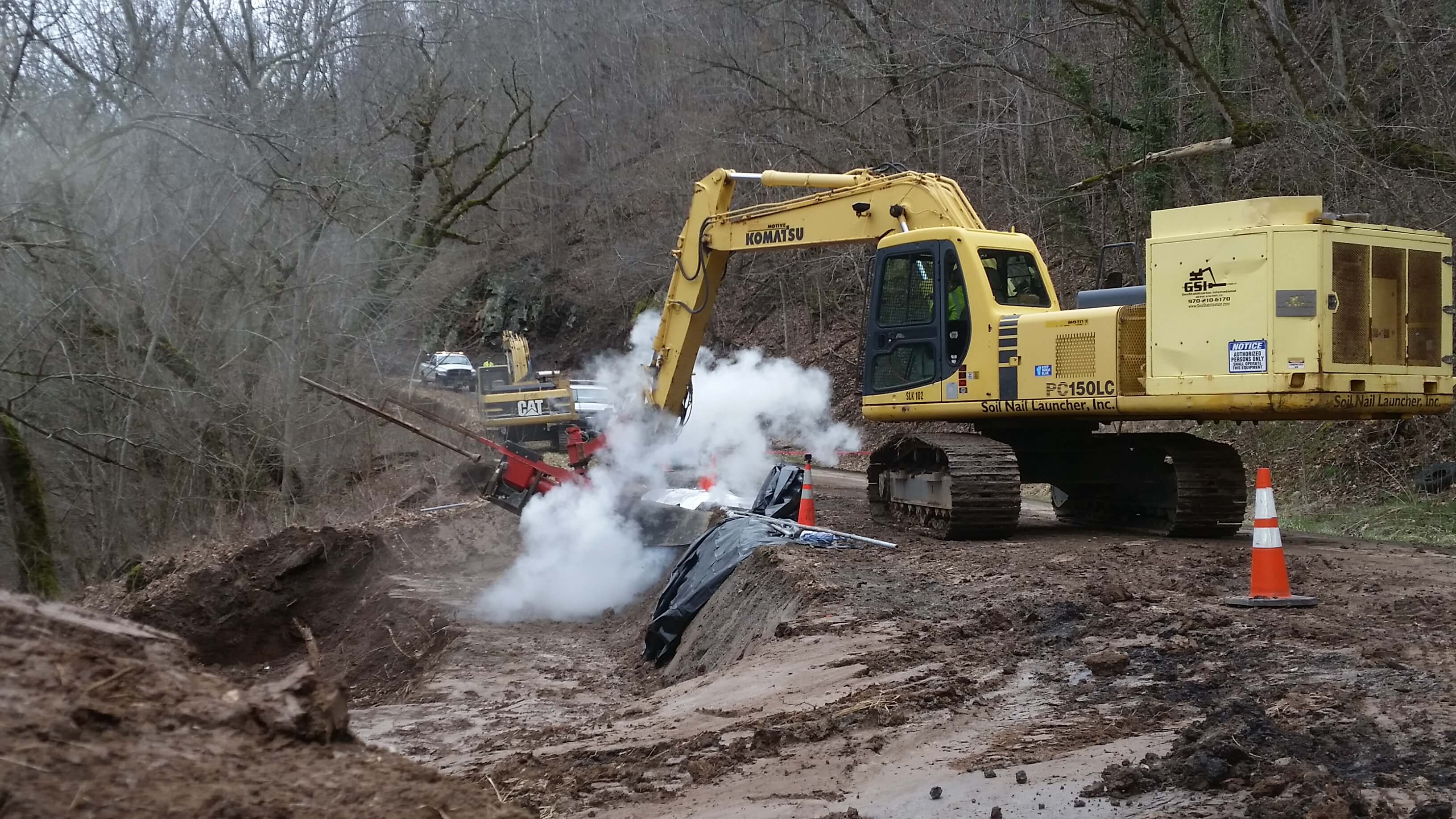 GeoStabilization recently repaired a failing slope along a road in West Virginia. The failure included damage to the pavement above and the road’s shoulder, which was sliding and settling into the stream below. Perry Kairis, GeoStabilization’s Northeast Project Development Engineer, quickly devised a solution to repair the slope and stabilize the roadway.

“When I arrived to provide a no-cost site assessment, I could see that the roadway and shoulder were quite unstable.  It was clear that the slope was experiencing a rotational failure and needed stabilization soon, or more of the road could be at risk due to the over-steepened head scarp along the edge of pavement and shoulder.  Based on the local geology and geometry of the site, I thought that the site was a great candidate for Launched Soil Nails,” Kairis Said. 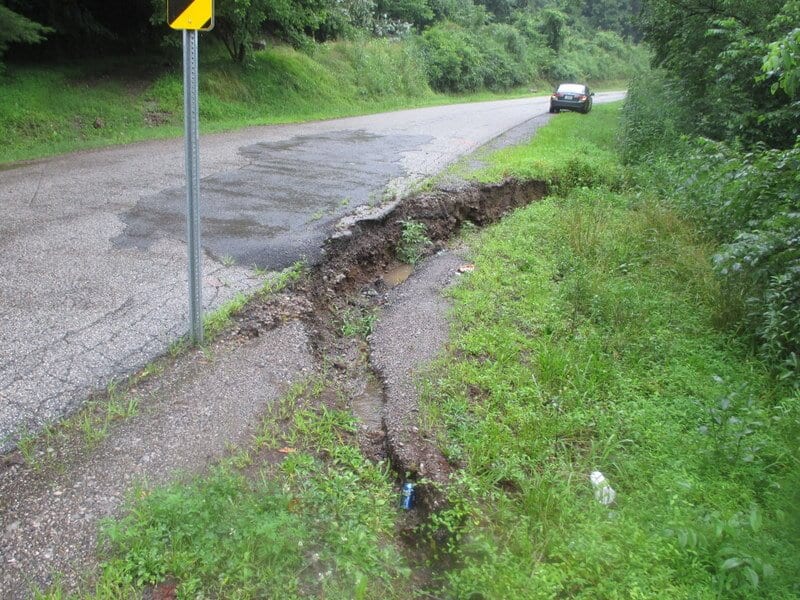 GeoStabilization geotechnical engineers agreed with the site assessment and their patented Soil Nail Launcher™ was quickly scheduled for the repair.  The Launcher™, a declassified British Military Cannon, uses high-pressure compressed air to rapidly install the soil nails that stabilize the soils underneath the roadway. With the road located immediately above the river, the launcher was able to install soil nails from the roadway platform above without any environmental disturbance or machinery operating near the river below, and without any drill cuttings or spoils.  Additionally, the Launcher shoots nails at nearly 250 miles per hour, at a rate of up to 250 per day. This allows the crews to stabilize the slope much faster than with traditional drilled soil nails.

The entire repair was completed in less than two weeks, allowing the client to restore full road access quickly to the traveling public and avoid costly detours and saving $17,500 over a traditional drilled soil nail solution. 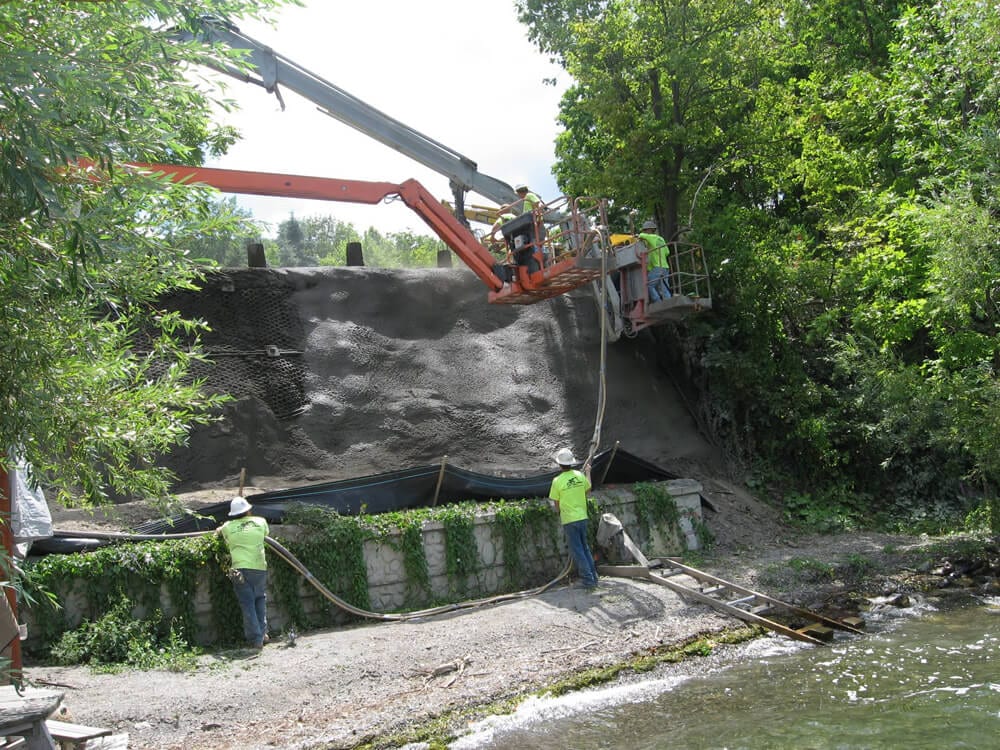 A town in the Northeastern United States was experiencing shallow sloughing of the roadway, which continued to slide and lose shoulder width.