Virginia’s Natural Bridge is a geological formation that has been called one of the Seven Natural Wonders of the world. Since at least the 1930s, the structure has been carrying the weight of cars and trucks that pass over its arch on U.S. 11. Questions of its durability led some to propose that the highway should be re-routed to preserve the Rockbridge County landmark.

Tim Newberg, GeoStabilization Superintendent, led the effort to install vibration sensors during a structural study’s final phase investigating the Natural Bridge to gauge the impact of traffic proceeding across the bridge’s natural limestone formation. GeoStabilization is a participant in the on-going geological testing effort, led by Dr. Chester “Skip” Watts, professor of Geology at Radford University. The Natural Bridge investigation is being performed in conjunction with a VDOT transportation and mobility study of US Route 11. The collected data from various testing methods including GPR, LiDAR, Unmanned Aerial Surveys, Seismic Reflection/Refraction, and Vibration Monitoring will be analyzed and used to establish a long-range plan for the Natural Bridge’s long-term preservation. 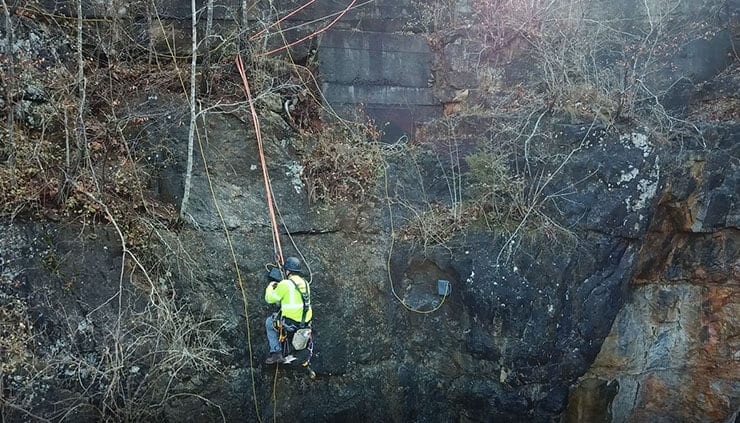