Roadway Stabilization on Highway 127 in Tennessee Completed Ahead of Schedule

The Tennessee Department of Transportation (TDOT) announced a slope stabilization project on the section of Signal Mountain Boulevard on Highway 127 has completed ahead of schedule.

During the repairs, loose material was removed from the area and the slope was stabilized using nails. Soil nails are an on-site soil reinforcement technique where soil nails are placed into the natural ground at relatively close spacing to increase the strength of the soil mass. As the bars are being drilled, grout is inserted into the hole to ensure that the soil nail stays put. A steel-reinforced concrete wall was constructed that encompasses the soil nails to form a permanent retaining structure. 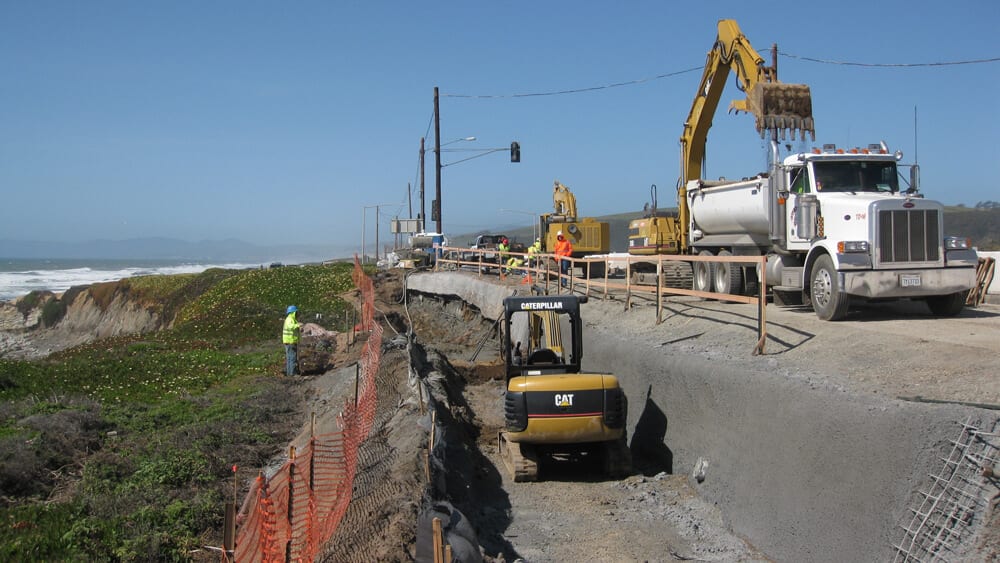 A major roadway in California’s Bay Area presented a multitude of challenges to the state’s Department of Transportation where a large 140-linear foot portion of bluff supporting the roadway was simply sliding out to sea.