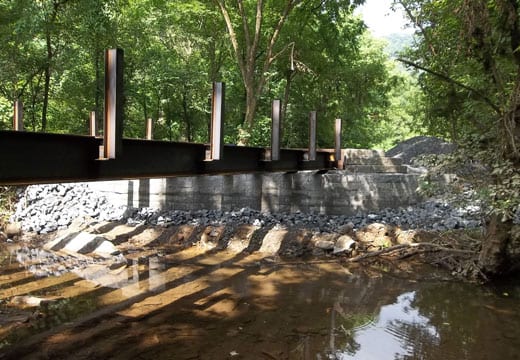 At this limited access site nestled in the Appalachian Mountain region, an existing bridge was in disrepair due to the dwindling local DOT budget. The bridge spanned a drainage runoff that flows into one of the nation’s American Heritage Rivers, the New River. Access to the site is only achieved by two track dirt roads from each end. In order to bypass the bridge, an hour detour on the dirt two-track roads was necessary to get to the other side.

The existing bridge was in disrepair and needed to be retrofitted or replaced. The construction methods used in the original design did not meet current design standards; the only option was a complete replacement. Due to the limited site access, the replacement options were limited. Typical bridge replacements are completed using precast concrete structures.This was not an option due to the limited access to each end of the bridge.

The water level in the drainage also varied depending on the time of year and weather. This created a problem with the stability of the structure since water would often flow in both directions through the drainage. When a downriver dam would adjust for varying water levels in the New River, the drainage would back up with water and create an uplift phenomenon. Due to the dynamic forces involved with this particular site, new technologies were explored to resolve the complicated issues.

GeoStabilization provided a design option that could be constructed within the site limitations and DOT budget, would not require excavation to bedrock, and would not require excavation below the waterline. GSIAbutments™ paired with ScourMicropiles™ were designed and implemented to replace the existing bridge supports. Each abutment was constructed to match the existing bridge geometry, using reticulated Self-Drilling SuperNails™ for scour protection and GCS™ services & technology for the abutments. The total construction time for both GSIAbutments™ and ScourMicropiles™ was less than ten (10) working days.

The other issue was the change in water levels travelling both directions through the drainage. Since the flow of the drainage can vary +/-5 feet, a stable and composite structure was critical. The construction sequence required for the GSIAbutments™ allowed tie-down anchors to be placed through the GCS™ fill. Once the entire abutment was constructed, the tie-down anchors were bolted to the bridge superstructure to prevent uplift and horizontal displacement.

After the abutments were constructed, the local DOT maintenance forces completed the bridge superstructure with steel girders and bridge deck. In addition, the GSIAbutments™ prevented the “bump at the bridge” phenomena seen with bridges with rigid foundations. 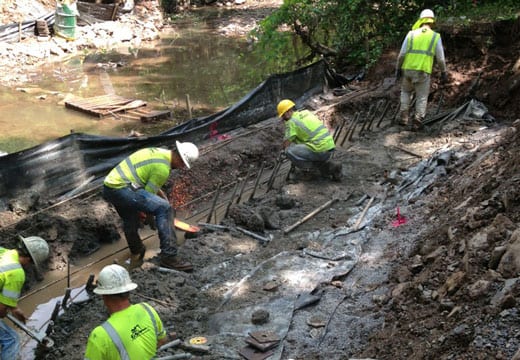 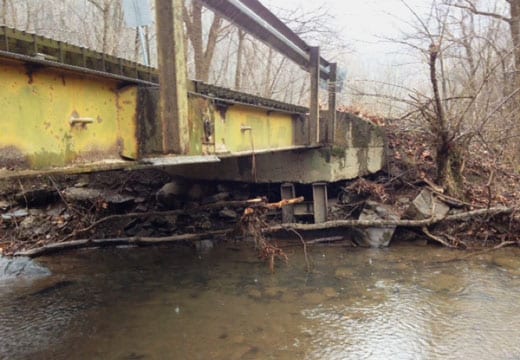 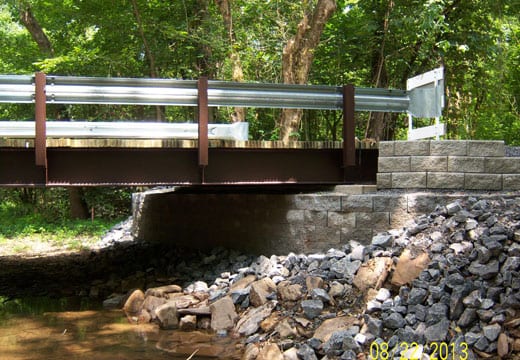 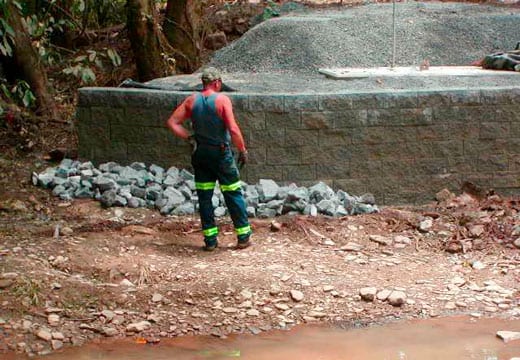 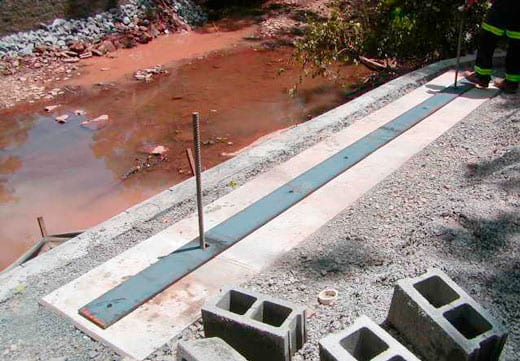 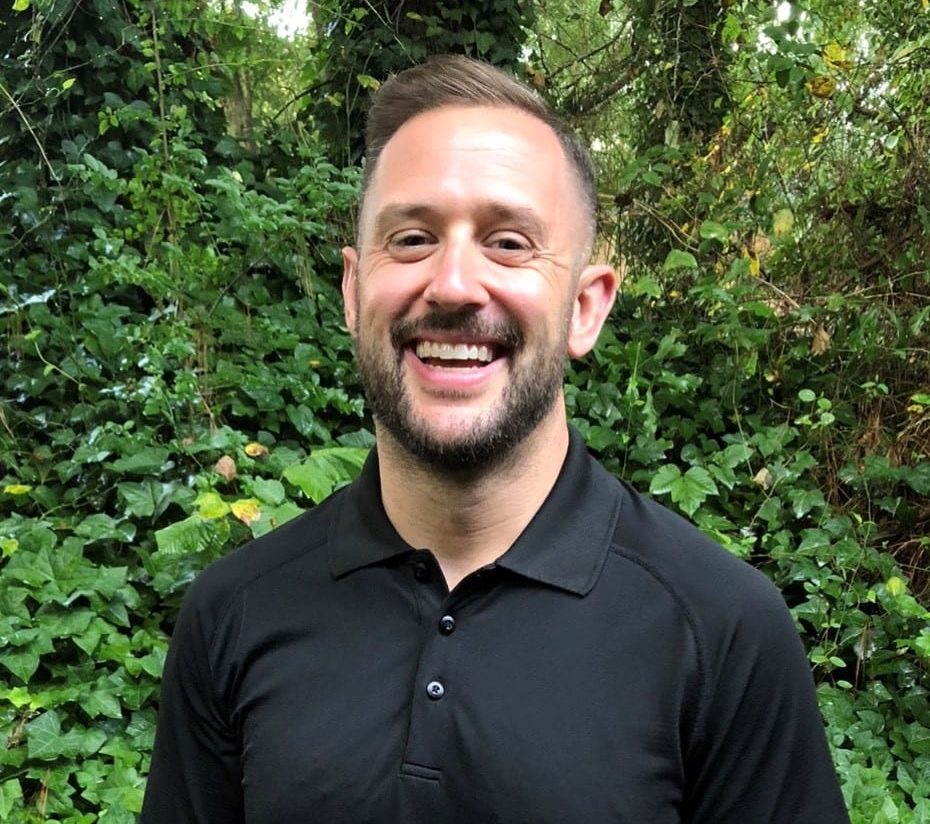