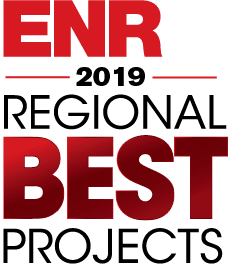 Heavy rains in April 2018 caused a landslide on Tennessee SR 68, which connects Spring City in Rhea County to Crossville in Cumberland County. The water washed away the road’s foundation and part of one lane slid down the hillside. The subsequent detour around the affected area created up to two (2) extra hours of commuting time for travelers. The roadway had to be opened quickly and safely, so the typical methods that might include cutting into the hillside, building large retaining walls, or building a series of soldier pile and lagging walls would not be practical.

GeoStabilization’s special-purpose drills installed initial “backwall” soil nails from the roadway above, and then a band of reinforced shotcrete facing was installed. The crews then placed concrete barriers at the centerline of the roadway. This allowed single-lane traffic to commence and relieved the travel hardships for the local residents.  The excavation and initial backwall were continued down to below the slide mass and unstable colluvial material. Then the future Geosynthetically Confined Soil® (GCS®) wall’s foundation was constructed, which consisted of a micropile supported reinforced shotcrete cap. The micropiles provide axial support for the wall and transferred the wall’s weight and traffic surcharge to more competent strata. With the foundation in place, the crews constructed a GCS® retaining wall. This wall, built in 8″ lifts, became the roadbed for the rebuilt roadway. Once the wall was built high enough to be level with the “old” road, the outboard side of the GCS® wall received reinforced shotcrete facing to prevent future erosion of the wall face.

GeoStabilization was able to deliver to the traveling public a functional design in the shortest possible timeframe, at the lowest cost, with the greatest roadway access during the entire process.

ENR Southeast’s entire list of winners can be found here. 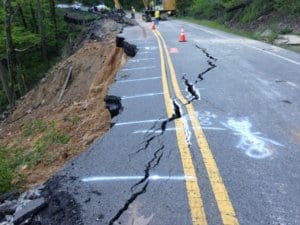 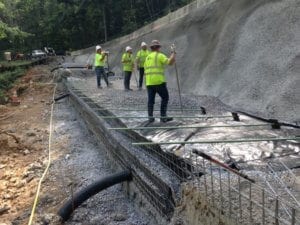 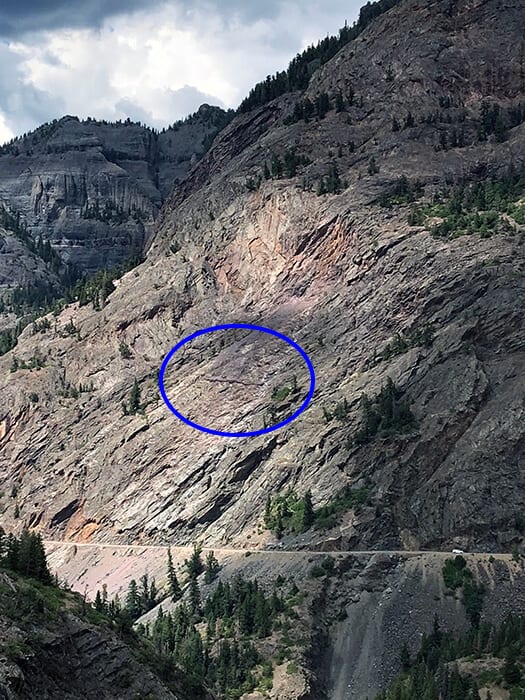