A Veteran’s Day Message from GSI

It’s easy to forget the dangers that face our service men and women as they work to protect our freedom. But that danger is ever present. On Veterans Day, we honor and celebrate those who stand willing to put their lives on the line for all Americans through their service in our armed forces. We are grateful to each and every one that has proudly donned a uniform and served.

This Veterans Day, we invite you to learn more about our hiring strategy and ask that you join us as we honor the veterans that make an impact on our GeoStabilization family.  Our working environment can be intense. Mitigating active geohazards in remote locations —on tight schedules– requires a unique level of commitment. We need individuals with strong leadership skills and decisive mindsets that are willing to travel constantly. It can be a challenge to find candidates fitting this profile in today’s talent pool. Fortunately, there is one group of candidates that almost always fits the bill—America’s military veterans. GeoStabilization’s recruiters look to them first when recruiting new employees.

According to a recent report by the Bureau of Labor Statistics, veteran unemployment is declining but still high. Gulf War II-era veteran unemployment decreased from a high of 12.1 percent in 2011 to 4.5 percent in 2017.  Unfortunately, as described by the Military Times, underemployment remains a real problem for returning veterans. To help mitigate this challenge, GeoStabilization continues its commitment not only to employ veterans, but also to provide them with career advancement opportunities.

Colby Barrett, GeoStabilization’s CEO, served as a Captain in the United States Marine Corps. He led both infantry and scout/sniper platoons throughout the Pacific Rim and the Middle East as part of various operations including Noble Eagle and Enduring Freedom, earning the Navy and Marine Corps Achievement Medal for outstanding performance. Colby believes that his time spent serving in the Marine Corps is what trained him to handle the responsibilities of running a company that so often deals with emergency geohazards. 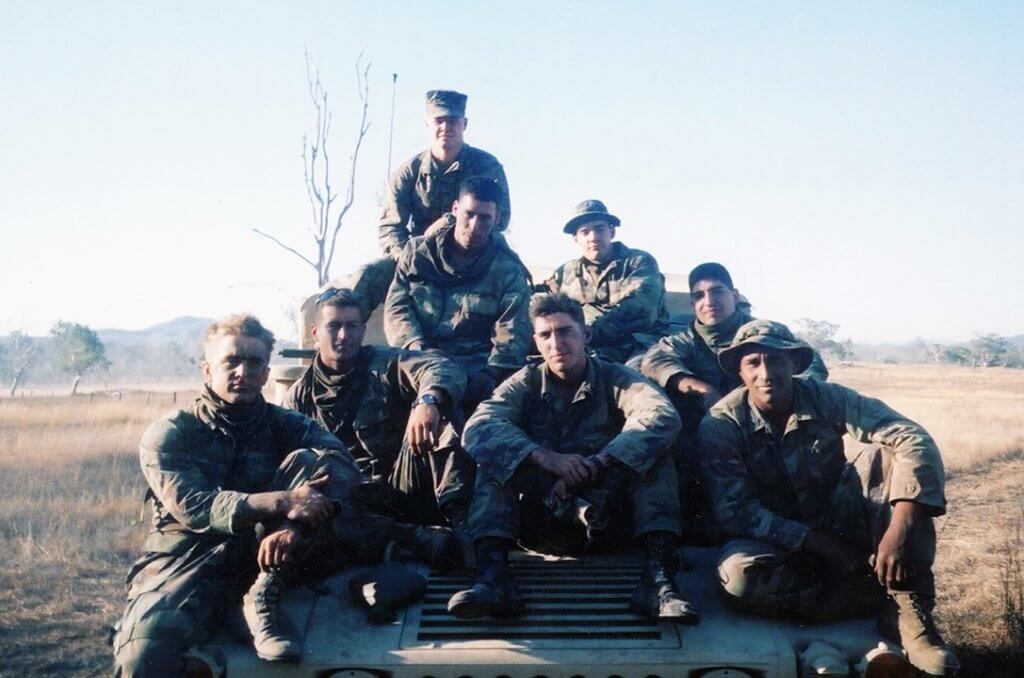 Colby Barrett (top) with his troops

“Fundamentally, there is no difference between deploying a Sniper Team and sending one of our crews out to repair a landslide or to stabilize a rock slope,” says Barrett. “We’re taking a small group of highly trained individuals and asking them to complete a specialized and time-critical mission. Often, our team members are in remote locations where they must make critical decisions on an almost hourly basis. Other than technical skill set, the selection process and deployment of both teams are identical.” 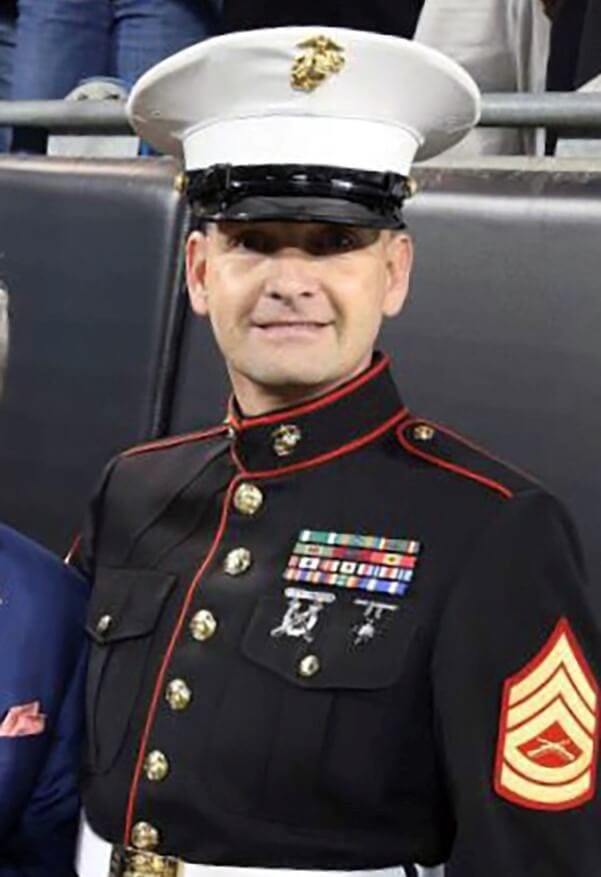 In 2018, GeoStabilization deepened its veteran commitment with the hiring of retired United States Marine Corps Gunnery Sargent Sean Noumi as its Veterans Recruiter.  During the latter portion of his 22-years in the Corps, Sean served as a career planner.  In this capacity he helped thousands of Marines find their calling; whether through reenlistment in the Marine Corps or finding a comparable civilian career through their career transition offices.

Once retired, Sean began realizing his goal of enabling every transitioning military member and veteran the opportunity for a successful transition to the civilian world and a career for which they can be proud. “I believe GeoStabilization International® gives our Veterans that opportunity, with its commitment to hiring our nation’s best and providing the training and resources they need to be successful” states Sean. “I am proud to be part of the GeoStabilization recruiting team and to continue my service to our nation”.

Sean’s hiring is a reinforcement of our ‘Veterans First’ hiring policy and focuses our efforts to hire from the post-military community.  “Our company has a strict set of core values that all of our team members use to make any important decision,” says John Hollander, GeoStabilization’s Chief People Officer. “I certainly use them when I make a hiring decision. We only want people who conduct themselves with honor and integrity. We continually find those qualities in our military veteran candidates.”

An example of how the hard work and dedication instilled by the military translates to success at GeoStabilization is exemplified by Joseph Fletcher, a former senior airman in the United States Air Force.  Before joining in 2013, Joseph spent four years in the service; three years in Alaska and one in New York state.  “I went in as recruit not knowing much about firefighting and rescue aircraft protection” he states.  “I worked hard at boot camp and technical school, learned from the senior men that I worked with, and started gaining more responsibilities & earning rank.  Before long I was the go-to guy!”  When asked about the similarities, Joseph says “GeoStabilization and the Air Force have so much in common; especially the chain of command, leadership ladders, and the ability to earn promotion by hard work.  The added benefit is the fact that you spend so much time with your coworkers that they become part of your family.”

Jack Kelly, a former US Marine corporal and motor vehicle operator, found a home at GeoStabilization after serving a four year tour stationed at Camp Lejeune in Jacksonville, North Carolina. 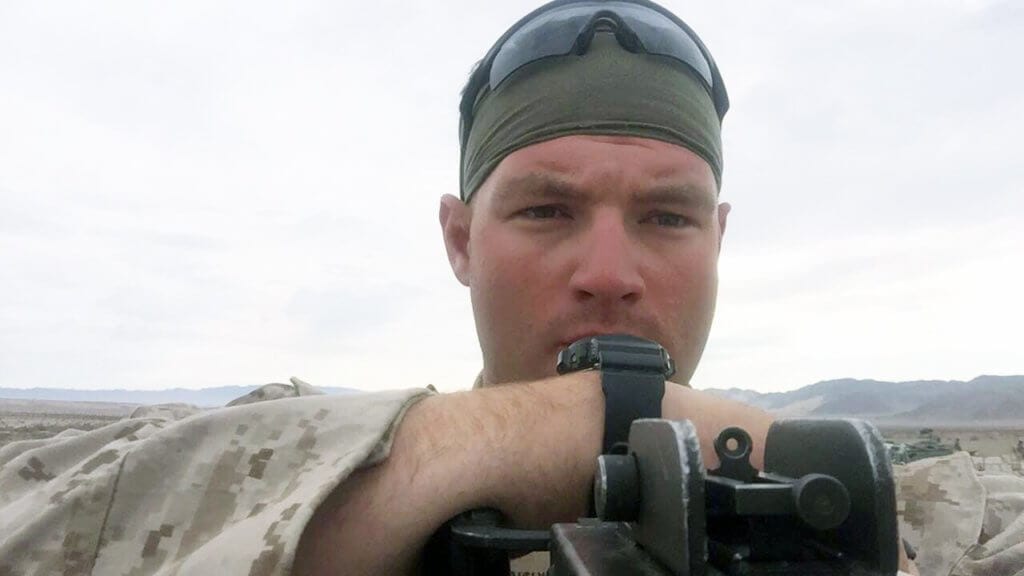 As Frontline Technician for GeoStabilization, Jack works in a small team environment much like he did in the Corps.  “We are all brothers working toward the same goal and support each other everyday” he states.  “GeoStabilization’s core values are much the same as the Marine Corps’.  Both organizations hold their members accountable to them and these values are the crucial link to success”.

In addition to these employees, approximately 15 percent of the GeoStabilization family are veterans, not including the countless GeoStabilization friends and family members that have served in every branch of the armed forces.  While hiring veterans is a great business decision, GeoStabilization’s commitment to them goes beyond hiring priorities. The company and/or their employees contribute to the following charities, among others:

GeoStabilization wishes to thank all of our Military Veterans (and the families that support them) for both their service to our country and for their critical roles in shaping GeoStabilization into the company it is today.