On April 29, 2018, heavy rains washed out a portion of Blue Slide Road, west of Thompson Falls, Montana, forcing its closure. As shown in the accompanying photo and described here, the heavy rains and unusually high snowmelt caused water to wash over the road surface, scour the downslope soil, and undermined the roadbed. The guardrail was left hanging in the air.

Within 24 hours, GeoStabilization’s engineers were at the site and developed a solution. The problem was found to be three-fold: the undermined road needed to be stabilized, the road width regained, and the clogged stormwater pipe replaced.

The necessary environmental permitting for the water pipe replacement would delay the roadway’s reopening if all phases were completed at the same time. Working in conjunction with Montana’s Department of Transportation, the decision was made to stabilize and reconstruct the roadway as an initial phase to reopen the road to the traveling public as soon as possible. The more rigorous permitting requirements for the culvert improvements, while important for the long-term performance of the road, were separated into a second phase that will be completed before the end of the construction season.

GeoStabilization’s crew was onsite immediately after contract receipt. Three weeks after the initial phone call, the road was partially reopened to traffic and then completed within 45 days of the initial failure. Brett Gustafson, GeoStabilization’s project manager, and lifetime Montana resident, received a handwritten note (below), from Montana Governor Steve Bullock, expressing his appreciation for the team’s efforts. 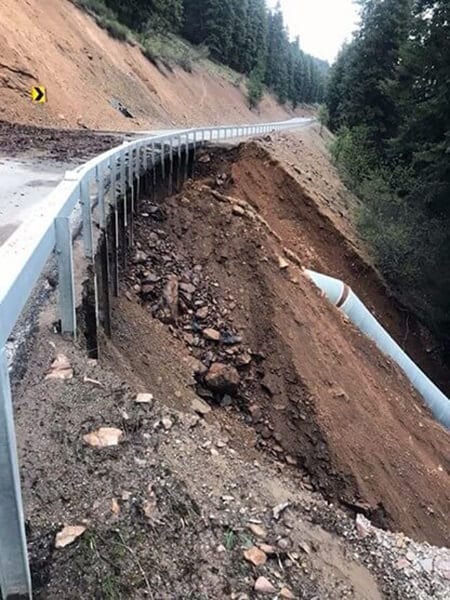 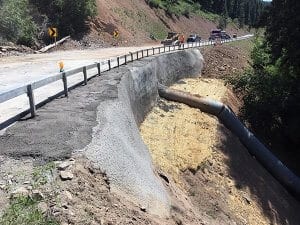 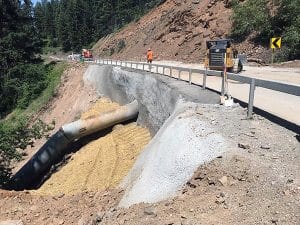 After Road Repair
View All