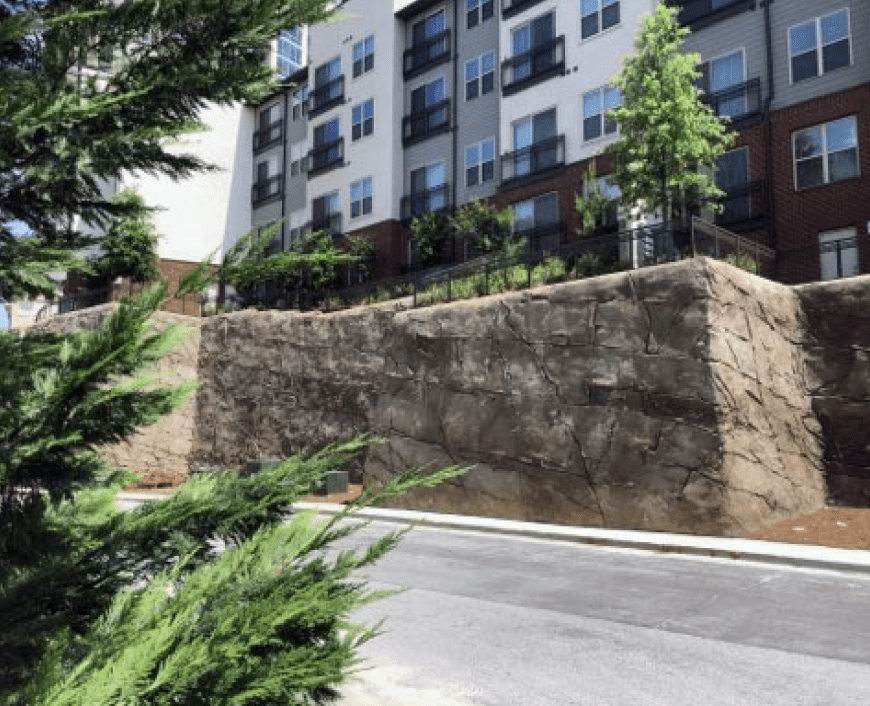 Because Phipps Lofts were already occupied, it was critical to determine the scope and construction method of repair that would ensure structural integrity of the wall without serious disruption to the tenants. The owner pursued design-build solutions from three corporations, and the owner ultimately selected Geostabilization International for this emergency design-build repair. GeoStabilization utilized specialty, limited-access equipment to drill soil nails through the wall’s existing facing. Then a metal cage was constructed to the soil nails and a layer of concrete was installed in front of the drain boards used for water drainage. A stained, sculpted finishing layer was then added for aesthetics. 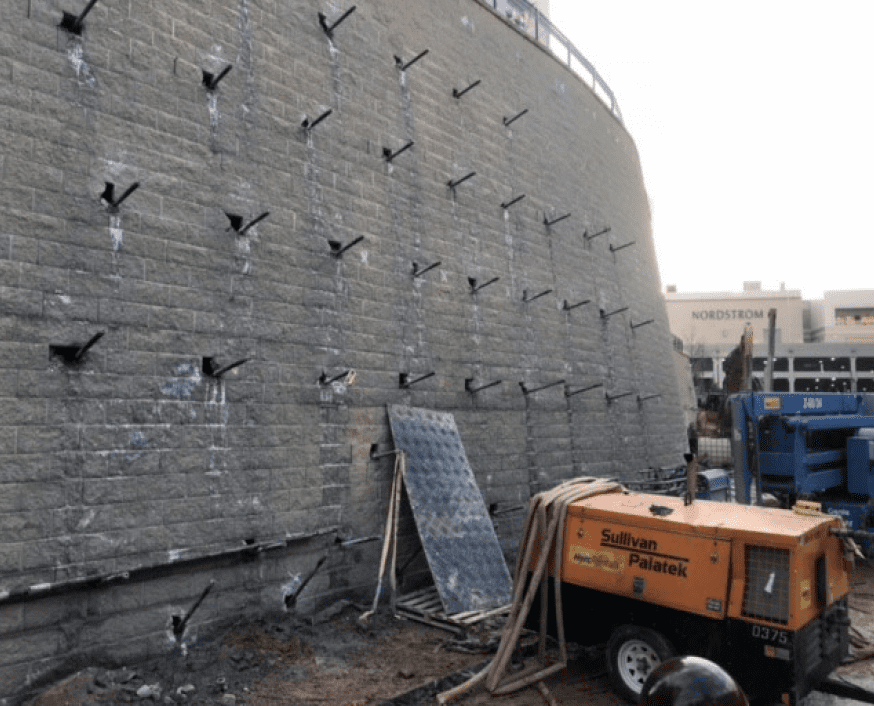 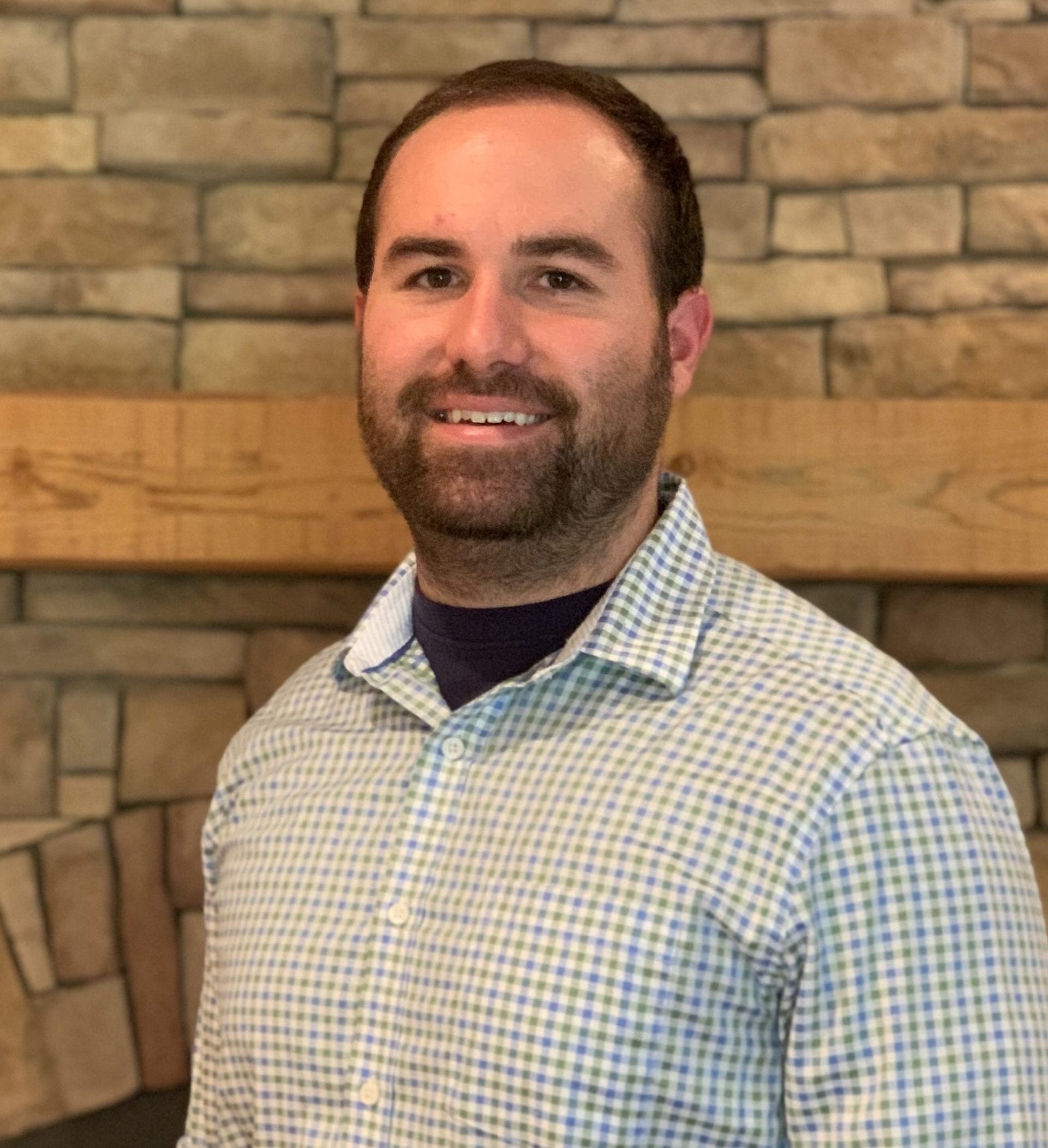 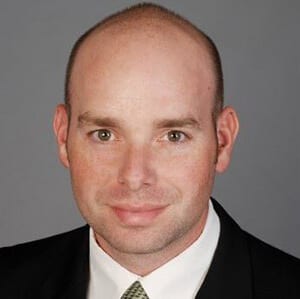