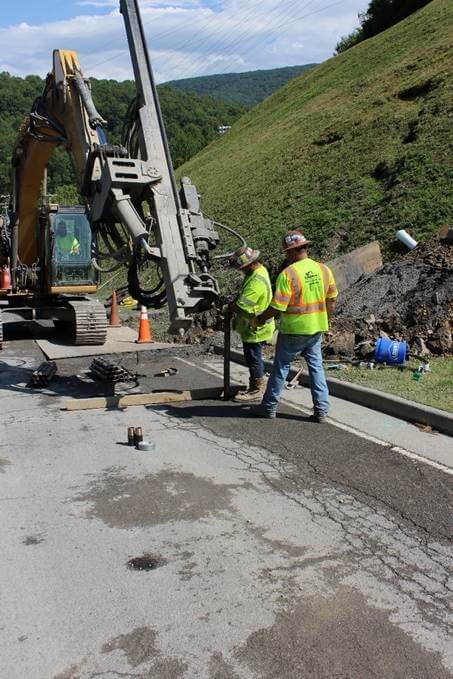 A variation of karst sinkhole grouting is the grouting of mined coal seams and workings located below existing infrastructure that exhibit the potential to propagate to the surface and cause sinkholes and/or subsidence. A project was recently completed in Southwestern Virginia where the collapse of historic mine workings had caused the propagation of voids to the surface and the main access roadway to the local hospital to partially collapse.

Compaction grouting was used on an appropriate pattern in order to fill the un-collapsed workings directly underneath the roadway and reduce the potential for any future collapse events. Some battered and angled holes were then utilized to directly target the collapsed portion of the workings and improve the density of those sections. Because of the overlying bedrock, all holes were predrilled using hammer-drilling techniques; the pre-drill string was then removed and casing was installed into the predrilled hole. Extensive voided areas were encountered during the drilling and gave a good indication of whether actual mine workings were encountered in each hole.

Low mobility grout was then pumped into the workings so that the area directly under the roadway was mitigated, but the grout was unable to travel into areas where no overlying surface infrastructure was present. The photo shows work in progress as well as evidence of the roadway’s collapse and subsidence of the adjacent slope. 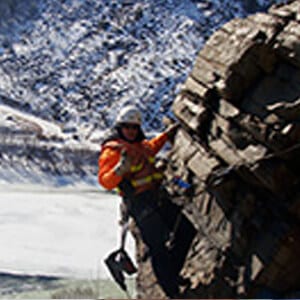 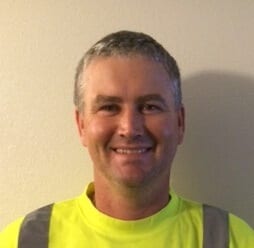